Lily Allen Speaks Out About Her Abortion, Saying Women Do Not Need 'Exceptional' Reasons To 'Justify' Decision 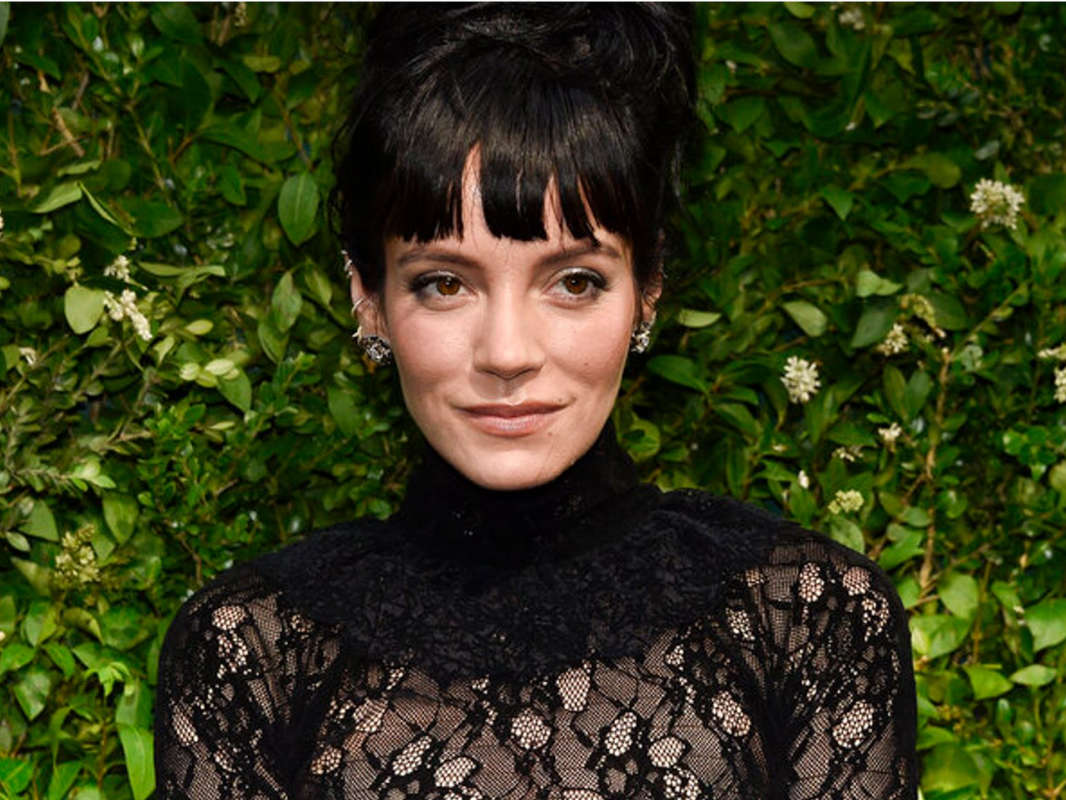 Lily Allen spoke about her own abortion as she defended women's rights to choose. Pic: Evan Agostini/Invision/AP

Lily Allen has spoken out about having an abortion - saying women should not need to have to "justify" a pregnancy termination with "exceptional reasons".

The British singer - who appeared on stage with teen star Olivia Rodrigo as a surprise guest at Glastonbury to perform her hit song F*** You, in response to the US Supreme Court's decision to end the country's constitutional right to abortion - made the comments in a statement on Instagram.

Following the move, many people have shared experiences of extreme situations and reasons for abortion, such as ectopic pregnancies or when rape victims become pregnant. But Allen, who is a mother of two, said women justifying their abortions plays "into the hands of the baddies". 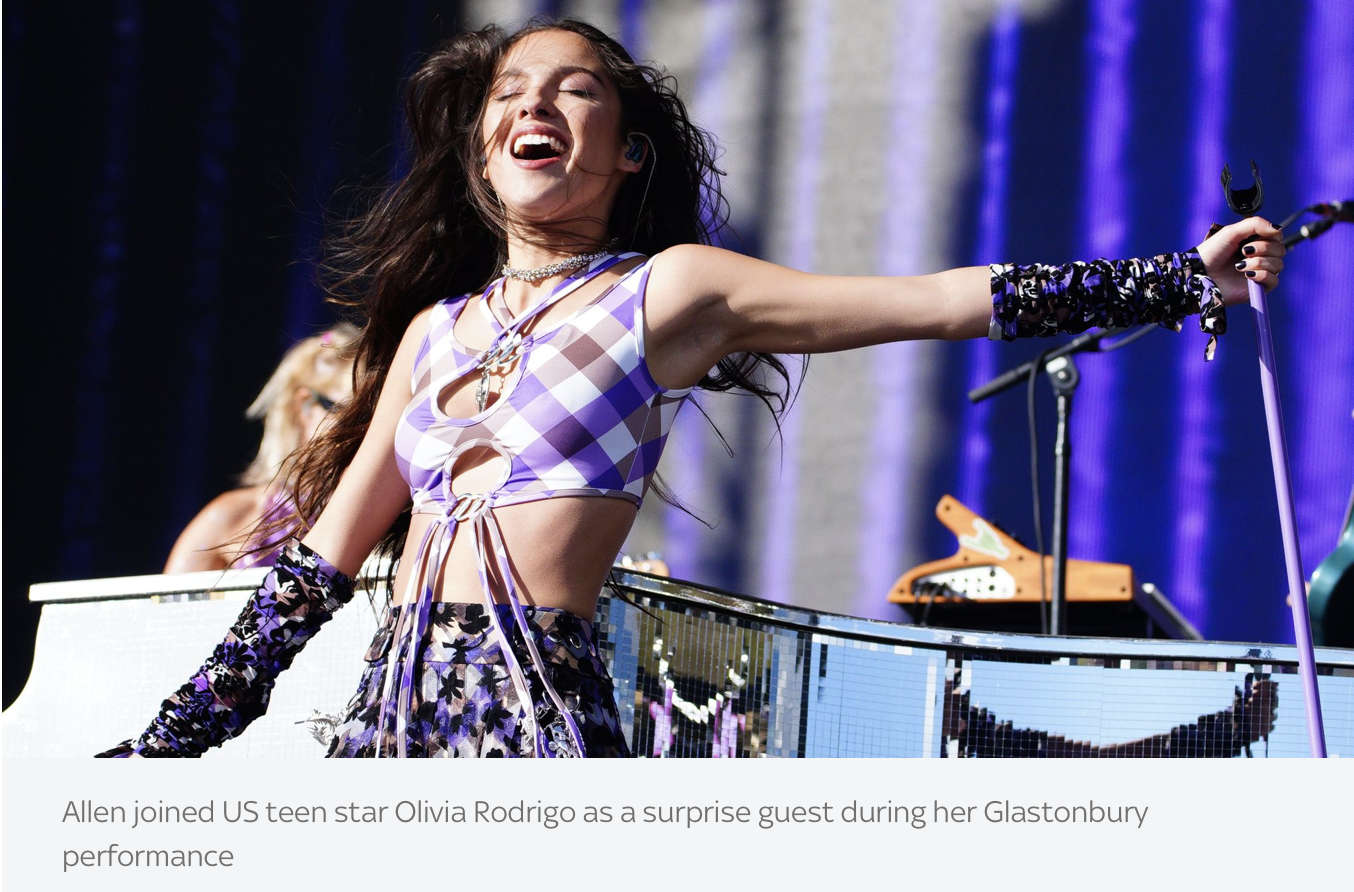 "I wish people would stop posting examples of exceptional reasons for having abortions," she wrote. "Most people i know, myself included, just didn't want to have a f****** baby. AND THAT IS REASON ENOUGH! WE DON'T HAVE TO JUSTIFY IT.

"It shouldn't have to be said, and I think all these examples just play into the hands of the baddies."

Allen, 37, joined 19-year-old Rodrigo on the Other Stage at the Glastonbury Festival on Saturday, the day after the Supreme Court's decision to overturn the landmark 1973 Roe v Wade case.

Rodrigo said it was "the biggest dream come true" to perform with Allen, but that she had mixed emotions due to being "heartbroken over what happened in America yesterday".

She went on to say that "so many women and so many girls are going to die because of this", before introducing Allen's song and dedicating it to "five members of the Supreme Court who have shown us that at the end of the day they truly don't give a s*** about freedom".

Allen is married to Stranger Things and Black Widow star David Harbour, 47, and has two daughters, Ethel and Marnie, with her ex-husband Sam Cooper. Before her children were born, she suffered a devastating miscarriage when she was seven months pregnant. 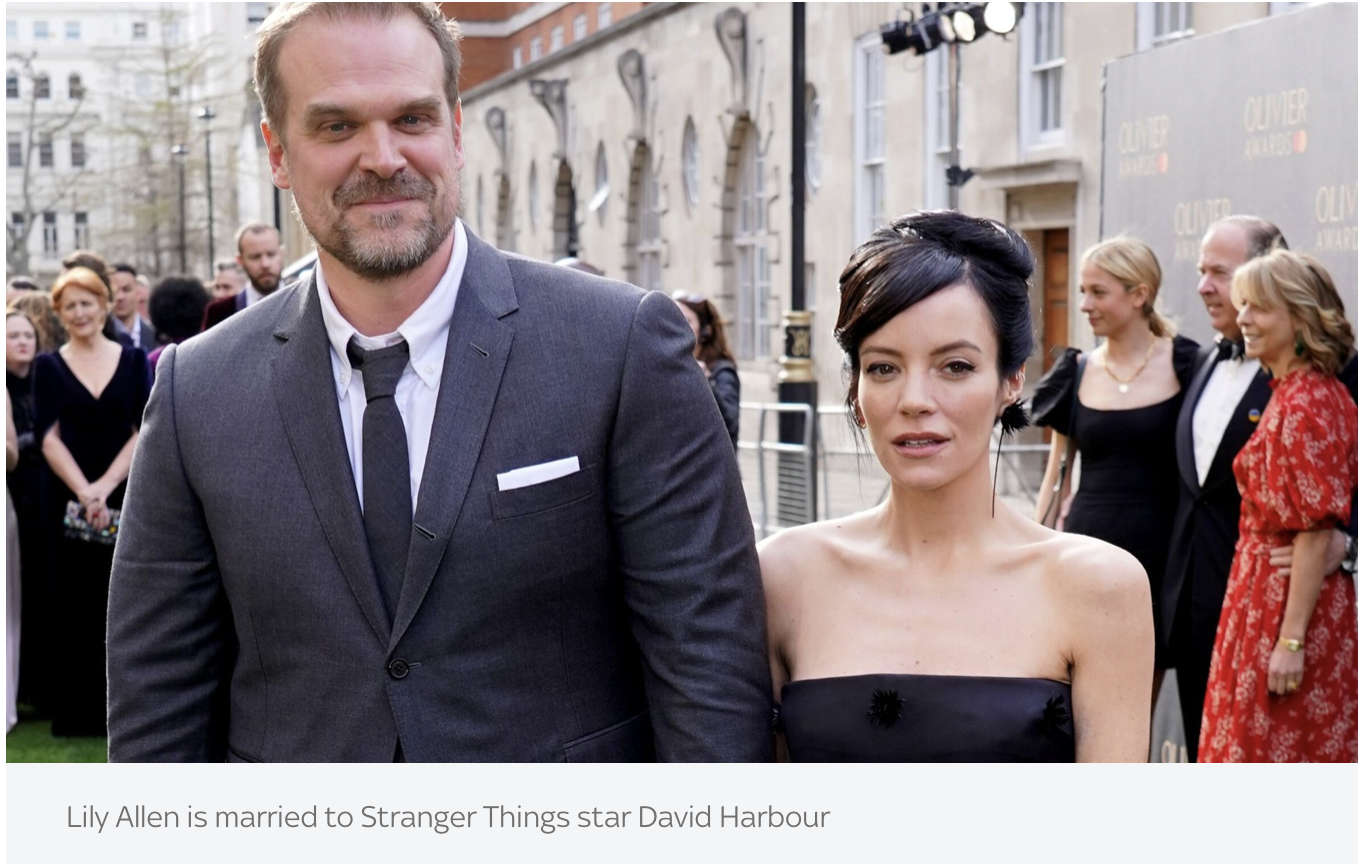 She and Rodrigo are among a number of celebrities who have condemned the Supreme Court.

Billie Eilish also spoke out against the controversial ruling at Glastonbury during her history-making headline set as the youngest ever solo headline performer, just hours after the decision was announced.

"Today is a really, really dark day for women in the US," she said. "I'm just going to say that, as I cannot bear to think about it any longer in this moment."

Protests took place across the UK after the decision to scrap the constitutional right to abortion in the US, which is expected to lead to abortion bans in roughly half of the country's states. 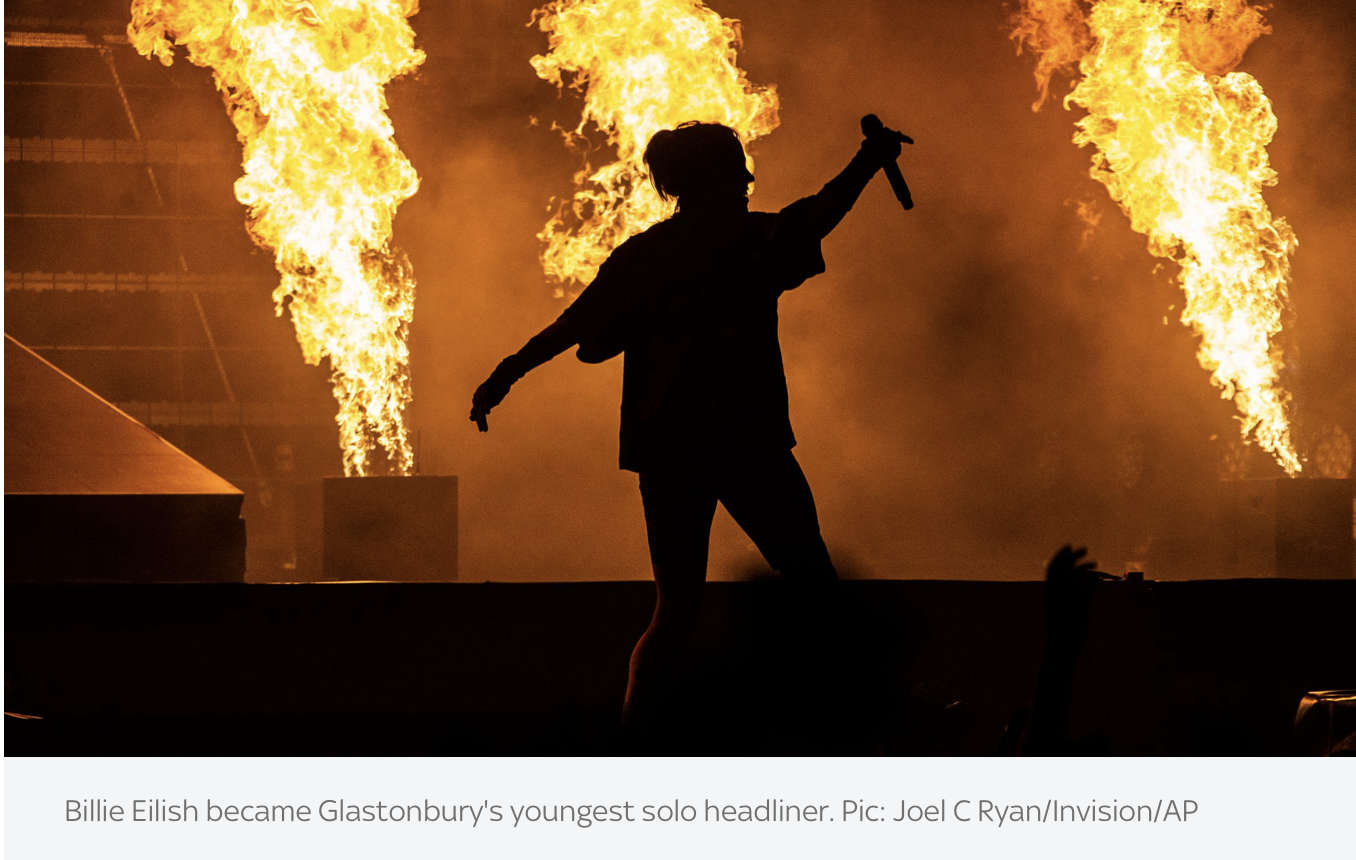 British star James Corden is also among the celebrities who have condemned the "incomprehensible" decision, saying it had moved the country "back to a dark age" and endangered "millions of women and their families".

Corden has hosted The Late Late Show in the US for eight years, but earlier this year announced his decision to step down in 2023.

Speaking in London on Monday, on the first of a special set of recordings for The Late Late show, he drew comparisons between the US and UK legal systems.

"It was here in 1967 that David Steel, a member of parliament, brought in a bill which legalised abortion in the UK," he said.

"Now, if that was ever to change, it would take at least 326 elected officials to agree to such a thing. It would then take another 400 appointees in the House of Lords to vote on that bill before it could ever become law.

"So that's nearly 800 people who would all have to agree before the fundamental rights of half the population would be endangered in the United Kingdom."