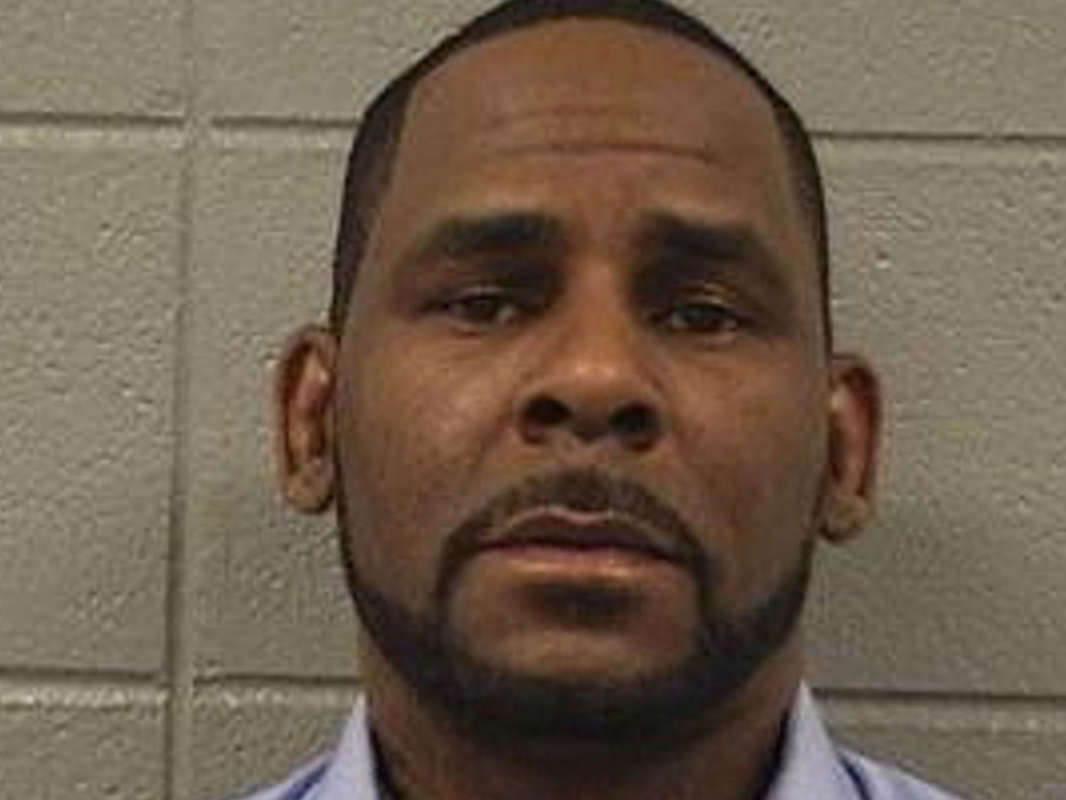 R Kelly has been sentenced to 30 years in prison for using his fame to sexually abuse young fans - after coming face to face with some of his victims as they confronted him in court.

The disgraced singer was forced to listen as the survivors condemned his "despicable" actions and described him as "the pied piper of R&B" ahead of the judge announcing his lengthy jail term.

Kelly promised to mentor them and help them in the music industry, but went on to subject them to degrading and systemic abuse.

He was found guilty of racketeering and trafficking following a high-profile trial in New York in September 2021, which came after years of accusations throughout his career.

At his sentencing by US District Judge Ann Donnelly on Wednesday, the court heard impact statements from seven women, presented anonymously as "Jane Does", who said the singer had a "God-like complex" and used "fame and power" to entice his victims.

Warning: This article contains some graphic content and details of sexual abuse

Dressed in a black face mask and grey prison-issue uniform, having been in custody since 2019, the 55-year-old looked straight ahead as the emotional statements were read out. He did not address the court himself.

"The pied piper of R&B, both in music and in technique and in approach," a woman using the pseudonym Angela said as she addressed him in the courtroom. "Success and love... you presented these glittering gems as if they were gold.

"With every addition of a new victim you grew in wickedness, cockiness, diminishing any form of humanity or self-awareness, which soon became the breeding ground for your God-like complex.

"You were doing, saying and encouraging despicable things that no one should be doing. We reclaim our names from beneath the shadows of your afflicted trauma."

Another woman told Kelly: "You are an abuser, you are shameless, you are disgusting."

What happened during the trial?

Several accusers and witnesses - men as well as women - had testified against the singer during his trial, with the court hearing how he subjected his victims to perverse and sadistic abuse when they were underage.

Once one of the biggest music stars in the world, a three-time Grammy winner whose chart-topping hits include I Believe I Can Fly, Bump 'N' Grind and Ignition, the full horror of some of his crimes was finally laid bare.

Real name Robert Sylvester Kelly, he had denied all the charges, his lawyers calling his accusers "disgruntled groupies" and saying they were lying, arguing that any "relationships" were consenting.

However, the jury believed the survivors. Kelly was found guilty of all nine charges brought against him - one charge of racketeering and eight counts of violating a law which prohibits transporting people across state lines for prostitution.

Among multiple sordid allegations, jurors heard testimony about a fraudulent marriage scheme hatched to protect Kelly after he feared he had impregnated R&B artist Aaliyah in 1994 when she was just 15.

Prosecutors had said before the sentencing hearing that he should spend more than 25 years in prison, saying he demonstrated a "callous disregard" for his victims and showed no remorse.

But lawyers for Kelly argued that he deserved no more than 10 years, the mandatory minimum, saying his history as an abused child may have led to his adult "hypersexuality" - and saying he no longer poses a risk to the public.

They have said he plans to appeal the verdict.

One of the victims, who Kelly sexually assaulted when she was 17 - which led to depression and post-traumatic stress disorder - told the singer that being abused himself was no excuse for his crimes.

"Robert, you destroyed so many people's lives," she said.

Another told the court: "As a teenager, I didn't know how to say no to R Kelly when he asked me to perform oral sex on him.

She then paused and addressed Kelly: "Do you remember that?"

Kelly is among the most prominent people convicted of sexual misconduct following the rise of the #MeToo movement.

He is also facing a second trial in Chicago in August that could see additional convictions and prison time. In that case, he is accused of possessing child pornography and obstruction of justice.

'Justice only hears the truth'

US lawyer Breon Peace described the sentencing as "a momentous outcome for all victims of R Kelly, and especially for the survivors who so bravely testified about the horrific and sadistic abuse they endured".

"R Kelly is a predator and as a result of our prosecution, he will serve a significant jail sentence for his crimes," he said in a statement.

He added that he hopes the sentencing "serves as its own testimony that it does not matter how powerful, rich or famous your abuser may be, or how small they make you feel - justice only hears the truth".

Lizzette Martinez, one of the accusers who spoke in court, told reporters after the hearing: "I never thought that I would be here to see him be held accountable for the atrocious things that he did to children."