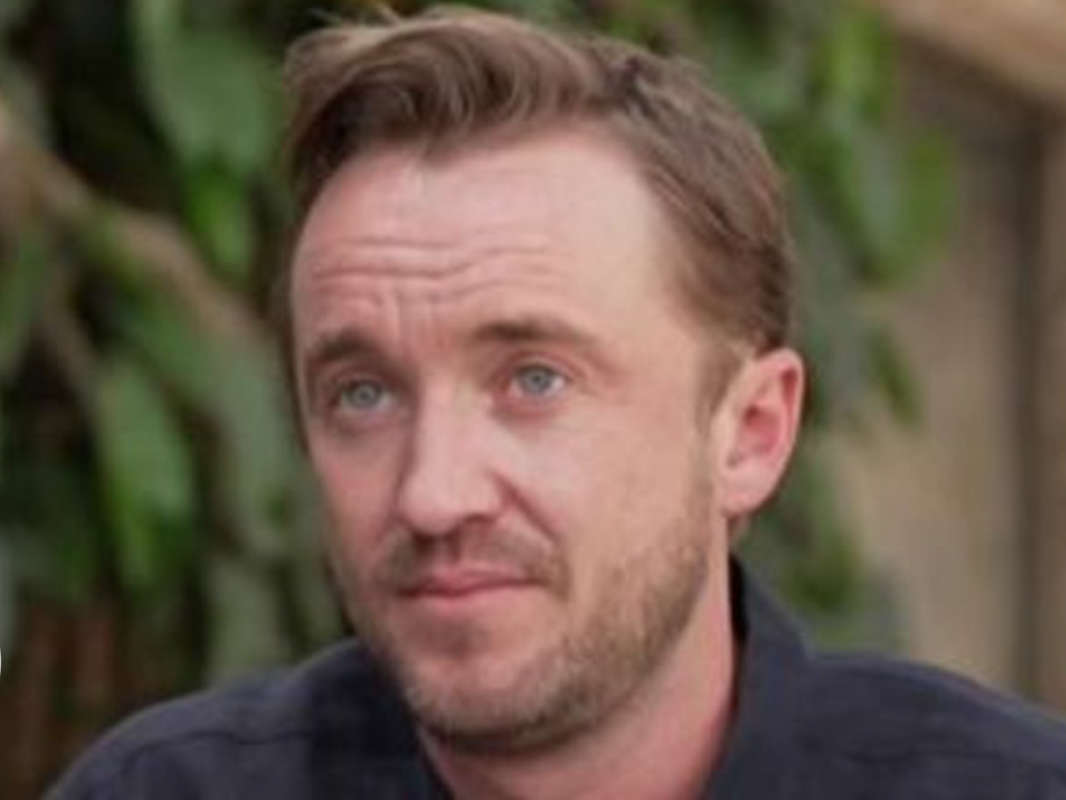 'Next question': Felton asked about JK

Warner Bros. has defended JK Rowling, contradicting a decision to ban Sky News from asking questions about the Harry Potter author at an event at Warner Studios Tour last week.

In the run-up to Harry Potter and the Philosopher's Stone 25th Anniversary celebrations at the weekend, Sky News was invited to interview Tom Felton for the launch of a new Mandrakes and Magical Creatures attraction, but when we asked about Rowling the PR interjected insisting we move onto the next question.

In an email attempting to explain why Rowling's name couldn't be mentioned, the PR (brought in to run the event) said Rowling is "not relevant" or "connected to Warner".

(For transparency; Rowling executive-produced the films).

A spokesperson for the world-famous American film company's Warner Bros. Studio Tour has now given Sky News a statement to dispute the controversial question-censoring incident with Felton, and admits it was "wholly wrong" and that they are "proud" to work with "one of the world's most accomplished storytellers" over the last 20 years on both the Harry Potter and Fantastic Beasts franchises, and that "Warner Bros. Studio Tour London regrets it happened as part of a media event that day".

This is a significant development in the story of how Rowling has been treated, some say cancelled, in an apparent backlash, by much of the media and corporate world, including the author being stripped of an award by the Robert F Kennedy Human Rights group.

It is widely presumed that Rowling has been forced to take more of a back seat at Harry Potter launches and anniversaries because of her stance on women's rights.

Her June 2020 tweet about "people who menstruate" led to highly publicised accusations of transphobia, which she denies, and an impassioned essay on same-sex spaces and gender, and specifically proposed law reform on transgender rights from the 56-year-old author followed a few months later.

In the lengthy essay she revealed for the first time her own experience of serious sexual assault and domestic violence which, Rowling said, she felt compelled to write about after reading about the Scottish government's latest progress towards changing gender recognition laws. 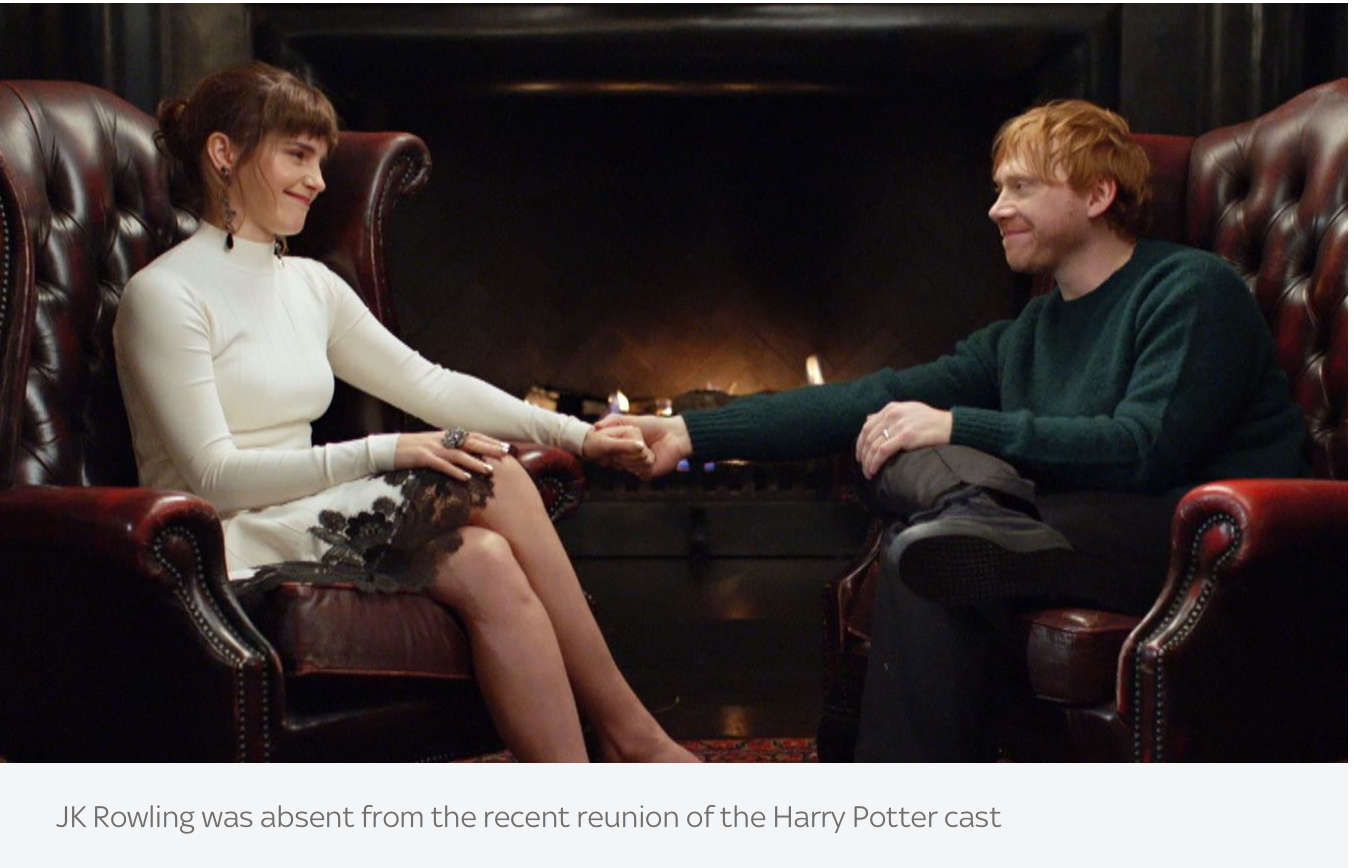 Daniel Radcliffe and Emma Watson responded (separately) to denounce Rowling's comments as hurtful to the trans community, and over the last two years the debate has only intensified, becoming increasingly polarised.

When Sky News asked Tom Felton - not about trans rights (that wouldn't be relevant or appropriate for him to comment on) - but about Rowling's absence from Harry Potter events when he and the other cast members remain the faces of the franchise, the 34-year-old Draco Malfoy actor didn't get a chance to answer as the PR interrupted shutting down the topic.

Following that, the PR hired to run the Harry Potter event suggested Rowling wasn't "relevant" to it.

Press censorship and the power of the PRs to dictate the narrative is an issue of increasing concern for journalists.

Deadline reported last month that they couldn't publish their interview with Cannes Film Festival head Thierry Frémaux because the press team not only demanded copy approval but removed "content including potentially uncomfortable answers from Frémaux relating to diversity and controversial filmmakers".

Sky News has also observed some increased intervention in the last year by PRs keen to control the narrative.

Press freedom is at the core of exposing people like Harvey Weinstein and R Kelly.

Interviewees may refrain from commenting on whatever they choose and it is common practice that they are briefed on how to handle certain questions, rather than silencing journalists.

The full statement emailed to Sky News by Warner reads:

"Warner Bros. has enjoyed a creative, productive, and fulfilling partnership with J.K. Rowling for the past 20 years.

"She is one of the world's most accomplished storytellers, and we are proud to be the studio to bring her vision, characters, and stories to life now - and for decades to come.

"On Monday, a statement was issued by a third-party media agency that appeared contrary to this view.

"The statement was wholly wrong, and Warner Bros. Studio Tour London regrets it happened as part of a media event that day."