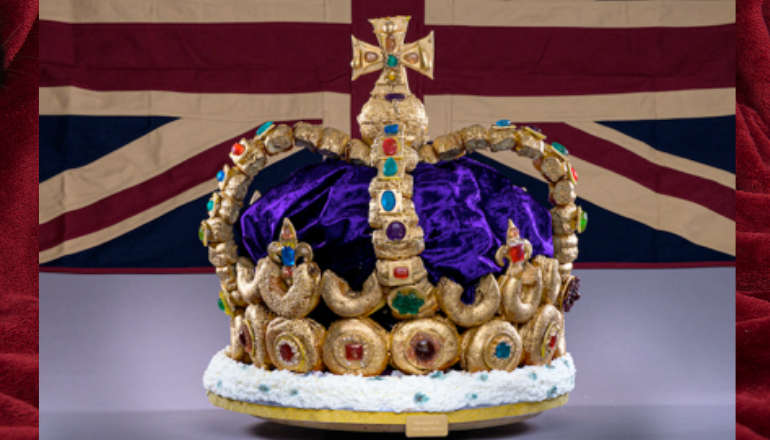 To celebrate the forthcoming Platinum Jubilee the team behind National Doughnut Week has recreated the crown Queen Elizabeth wore during her coronation on 2 June 1953 — made entirely from Doughnuts!

National Doughnut Week takes place from today (Saturday) until May 15, with a sweet treat fit for a Queen the first of many offering from across the UK.

All funds raised through the week from bakers, cafes, delis and businesses selling doughnuts go directly to The Children’s Trust, the UK’s leading charity for children with brain injury.

Food artist Jacqui Kelly created the special Crown over a period of four days at a secret location using specially made jam and custard doughnuts from Dunn’s Bakery in Crouch End, London.

The doughnuts were carefully put together to form the crown which has been nicknamed “Dough-bilee” and it will now go on show at the bakery for all to see during the week.

“The ‘Dough-bilee’ Crown for National Doughnut Week is definitely a unique creation to help celebrate the forthcoming jubilee.

"We wanted to create something a little different and using one of the UK’s most popular treats certainly fits the bill. We just hope that her Majesty and the rest of the royal family gives it their royal seal of approval.”