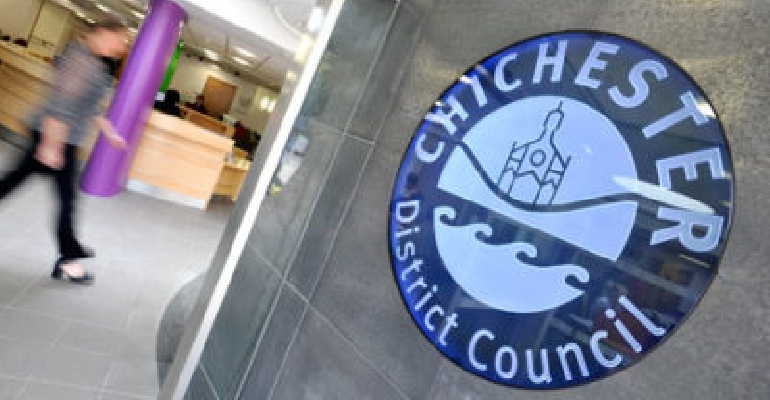 A Liberal Democrat district councillor has accused Chichester Tories of ‘refusing to publicly acknowledge good ideas if they are made by opposition members’.

Jonathan Brown, who represents Southbourne, spoke during a meeting of the full council on Tuesday (March 2) after tabling an amendment to the budget which was designed to ‘kickstart work on the council’s Climate Action Plan’.

His amendment called for two temporary officers to be taken on – one full-time and one part-time – to deliver two projects: the decarbonisation of council properties and detailed design work for schemes within the Local Cycling and Walking Plan.

He also asked for £100,000 to be used to set up a Chichester District Homes Decarbonisation & Skills Fund, and £60,000 for a Climate Change communications and coordination budget.

“The Covid-19 emergency has understandably been a massive year-long distraction from tackling the climate emergency.

“We have lost a year of the five we have set ourselves to achieve our climate targets.

“That is no one’s fault but climate change has not gone away.”

But he was less than impressed when Penny Plant, cabinet member for environment, tabled another amendment, referring his ideas to the environment panel for further consideration.

Mrs Plant said some of Mr Brown’s proposals were ‘premature’ and suggested that for them to be adopted into the budget, something else would have to be dropped.

“Whilst I acknowledge that these motions concern a number of important matters relating to our climate emergency change action plan, I do not believe even now that there is sufficient detailed information on which members can reached an informed decision today.”

Other councillors were not sure the council would be able to attract the people with the required skills for the money being suggested by Mr Brown – £40,000 for the first post and £30,000 for the second.

Another said the Liberal Democrats were making ‘policy on the hoof’.

Clearly annoyed, Mr Brown accused Conservatives of having ‘plenty of warm words but no commitment to action’.

“This administration has a pattern of refusing to publicly acknowledge good ideas if they are made by opposition members – though it is happy to take the credit for them if they can be channelled via panels that meet in secret and a cabinet which contains no opposition voices.

“That is not true inclusivity and it’s not genuinely rising above partisanship.”

"We’re not saying that we’re going to dismiss [the ideas].

“What we’re saying is we want to put them to the environment panel so they can be properly costed and some more flesh put around them.”