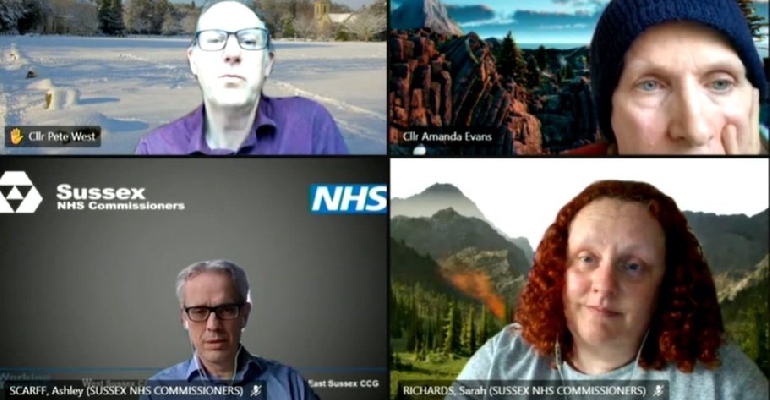 Brighton and Hove is falling behind with its vaccination schedule as fewer people over 70 or classed as clinically vulnerable are making appointments compared with the over 80s.

Health bosses said that work was under way to encourage more people to take up appointments either with general practitioners (GPs) or at the Brighton Centre.

There are 100 community vaccination champions working across Sussex, including multilingual representatives from black, Asian, minority ethnic and refugee (BAMER) groups to encourage people to have their vaccinations.

Brighton and Hove Clinical Commissioning Group (CCG) medical director Sarah Richards said that plans were in place for an outreach service to target less affluent parts of Brighton and Hove from next week.

This would include sending out a bus in the coming week to those streets and postcodes where people had not come forward for their vaccine.

“We are looking at extending that as an outreach to some of our more deprived populations as the details of their vaccine uptake has been less than in more affluent parts of the city.

“By next week, are hoping to get that rolled out so we can improve on the figures and reach all our vulnerable patients.”

The CCG’s deputy managing director Ashley Scarff said that more than half a million people had had their first vaccination in Sussex as of yesterday (Wednesday 24 February).

This was the second-highest number in the south east, he said, and many people would be called for their second dose in the next few weeks.

But Brighton and Hove was falling behind the rest of Sussex in the 70 to 75 age group, along with the clinically extremely vulnerable.

This was after vaccinations had been given to 95 per cent of those aged 80 or over and more than 90 per cent of nursing home patients, health workers and care home staff and over 75s.

By Thursday 15 April, the CCG plans to have vaccinated 90 per cent of over 50s – and all adults should have been offered a vaccine by the end of July.

Green councillor Pete West said that he was pleased to hear about the outreach work as he raised concerns about how the CCG would get in touch with minority communities.

“We’ve heard plenty of reports nationally about low levels of uptake among BAMER people for the vaccine, as well as people in deprived communities.

“It will take an extra effort to reach some of these people. Will you be using trusted community organisations such as the Sussex Interpretation Service because they have those community links?”

During his time as mayor, Councillor West said that he discovered a wide range of groups in Brighton and Hove that were often invisible to people from outside a particular community.

Dr Richards said that the CCG was in talks with faith groups and was organising BAMER “buddies” to help people.

Labour councillor Amanda Grimshaw spoke about a lack of easily accessible information leading people to “ring up surgeries and blocking the lines”.

Dr Richards said that there was a list of clinically vulnerable people who needed to “shield” – and now more people had been contacted.

She said that some of the letters that were sent out had bene “wrong” because they had used a “tool” looking at age, deprivation, weight and previous medical history.

This had led, for example, to a woman who had gestational diabetes 20 years ago being sent a letter telling her that she should be shielding which was “nonsense”.

Conservative councillor Alistair McNair asked about people refusing to have the jab and whether there were enough volunteers to support vaccination centres.

Dr Richards said that, moving down the age range, a lower proportion of people were coming forward so the CCG was looking at different ways to reach people.

But, she said, people were “falling over themselves” to help with the vaccination programme itself.