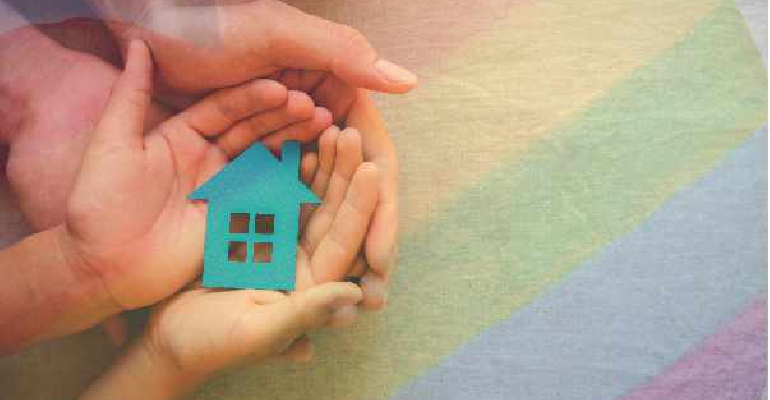 He said that the council had scrapped an LGBT liaison post in the housing department, leaving vulnerable people more likely to experience targeted violence, sexual exploitation and other dangerous activities because they lacked tailored support.

He told the Housing Committee and a meeting of the full council that a report on youth homelessness by the Albert Kennedy Trust had found that a quarter of homeless young people were LGBT.

Mr Harris, who advocates for people who need housing, told councillors that 37 per cent of heterosexual people who presented as homeless were housed by the council.

But, in answer to a freedom of information request by Mr Harris, the council said that only 29 per cent of homeless lesbians and 23 per cent of gay men were housed.

He said that he felt compelled to raise the issue at this time as a gay man who had experienced homelessness himself after his relationship broke down.

The pandemic has exacerbated the issue, he said, because family and other domestic relationships had broken down – and moving house was harder during the coronavirus lockdown.

“It is important people can go to a council officer who can understand their situation from their perspective.

He said that people came to Brighton and Hove because it was a recognised hub for the LGBT community where they could be around people that they identified with.

And he said that people came to escape homophobic abuse, household conflict and addictions but these could also be causes of homelessness for those who lived here.

LGBT people were equally attracted to London and Manchester, he said, where there was specialist housing for vulnerable gay people.

Moving homeless people into short-term accommodation outside the area, such as in Eastbourne, was another concern, he said, because it lacked the support network for gay people.

Eastbourne councillors and the town’s MP have criticised Brighton and Hove City Council for housing its homeless so far from their usual support networks.

Green councillor David Gibson, who chairs the council’s Housing Committee in Brighton and Hove, said that he was looking into the most up-to-date figures for homeless LGBT residents.

He said that figures from LGBT charities showed that some parents evicted young people from the family home when they “came out” as gay.

“To support LGBTQIA (lesbian, gay, bisexual, transgender, queer, questioning, intersex and asexual) people in our city, it’s right that we investigate, learn from good practice elsewhere and take appropriate action to ensure homeless service outcomes for LGBTQIA people are just as good as everyone else.

“To achieve this, I welcome challenges, ideas from campaigners as to how the council can set an example and continued work through the Homelessness Reduction Operational Board.”

She said that she was aware that the YMCA worked with a significant number of young LGBT people who needed help with housing.

“Specialist accommodation is an option that we should be seriously considering and I would advocate for an investigation into this possibility.

“Of course, it is imperative that frontline housing officers are trained to respond effectively and sensitively – and I would promote training for all council staff and providers.”

Conservative councillor Mary Mears said that minority groups needed a housing service that they could feel comfortable and confident to talk with.

“It’s a question of all groups in the city that should feel confident, LGB, transgender… whatever.

“We need to ensure that we have a housing service where they will feel comfortable enough to come in – and feel through housing they are housed sensibly because you have to.”