'Tears And Smiles' As Tributes Paid To Crawley Councillor 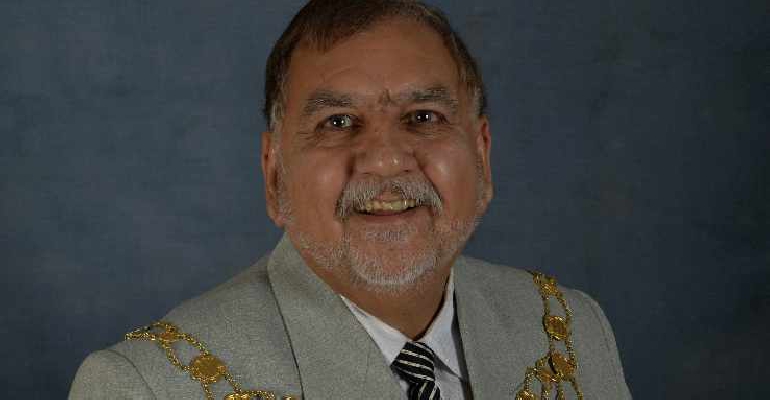 There were tears and smiles from Crawley councillors as they paid tribute to two-time mayor Raj Sharma.

Raj, who represented Southgate, died in January after a battle with Covid.

A minute’s silence which was held at the start of a meeting of the full council on Wednesday (February 24) before councillors shared their memories of the man, his work and his famous hospitality.

Tim Lunnon (Lab, Broadfield) described Raj’s death as ‘a horrible by-product of these horrible times that we’re living in’, adding: “He’s gone far, far too soon and this council will be worse for his passing.”

Duncan Crow (Con, Furnace Green) said it was ‘tragic’ that so few people could attend Raj’s funeral given the current restrictions.

He added: “It is terribly sad that we’ve lost another councillor – someone who was not only held with affection throughout the council but also held with great affection among the very large number of people from Crawley.”

Among the many hats worn by Raj during his time as mayor and councillor, were his memberships of the Crawley Campaign Against Racism and the Crawley Town Twinning Association.

Brenda Smith (Lab, Langley Green) told the meeting that a memorial and tribute to him had been published in a newspaper in Crawley’s twin town of Dorsten, Germany.

Following Raj’s death, his wife, Bhavna, set up a JustGiving page to raise money for the charities he supported.

They included Manor Green Primary School, in Ifield, which caters for children who have learning disabilities and additional needs.