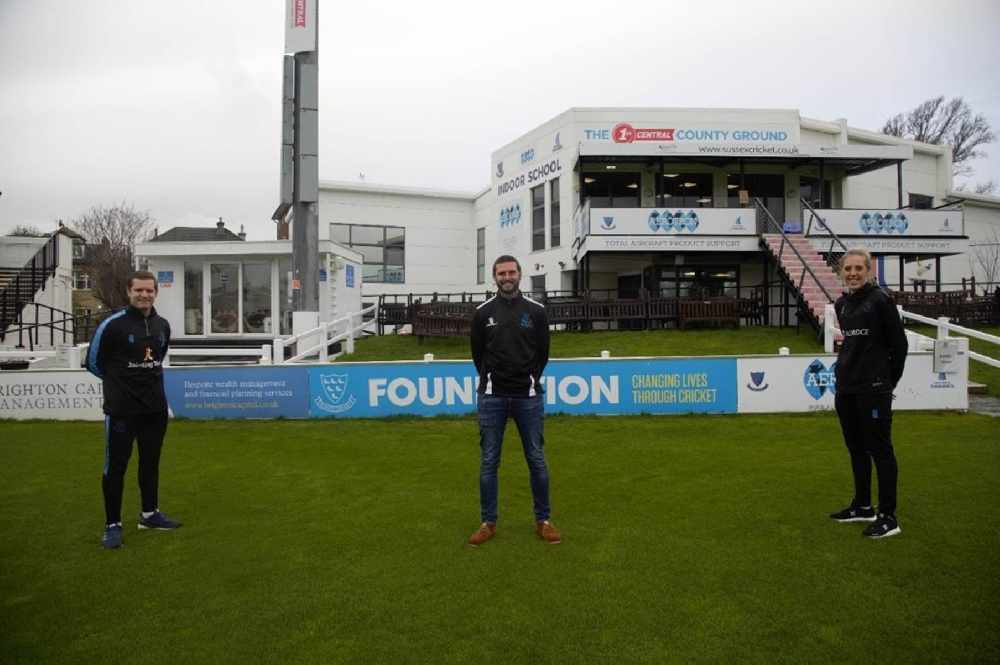 The three captains will help the foundation, Sussex Cricket’s charitable arm, to actively change lives through cricket across the community.

This will include spreading awareness of community activities and raising the profile of fundraising efforts.

The captains will take part in events and visits, help inspire people to get involved in cricket and provide an important link between the Foundation and Sussex’s elite dressing rooms.

Georgia Adams explains why she has decided to get involved in this way:

“I’m absolutely delighted to be a Champion of the Sussex Cricket Foundation for 2021.

Ben Brown is keen to use his new role to increase exposure for the Foundation and to encourage his teammates to get involved themselves.

“It’s a massive privilege to become one of the first Champions of the Foundation alongside Georgia Adams, the women’s captain, and Dan Field, our visually impaired captain. It’s a huge honour and I think it is really special to be asked to fulfil that role.

"If we can use our positions as captains of the club to benefit the local community and spread Sussex Cricket throughout the county to do some good, then that’s got to be a great thing. I’m really pleased to be able to represent the players as a whole.

"Part of the role is to try and get the players to really engage in the community and make a difference to people’s lives at the end of the day.”

Dan Field is grateful for the support he’s received in his own development and is keen to give something back as a Sussex Cricket Foundation Champion.

“It’s a massive honour. Sussex have been amazing and provided a huge amount of support for me to play blind cricket for a long time now.

"They’ve created an opportunity for me and for a lot of other people across the county not just to have really successful blind cricket careers, but to make a lot of life-long friends and to have some amazing experiences.

"I am so pleased that Georgia, Ben and Dan have agreed to become the first ever Champions of the Sussex Cricket Foundation.

"To have three high-profile players supporting our initiatives will help raise the profile of the Foundation across the county as well as raising awareness amongst our professional playing staff. I am excited to work with all three in the future in what is an exciting time ahead for cricket."