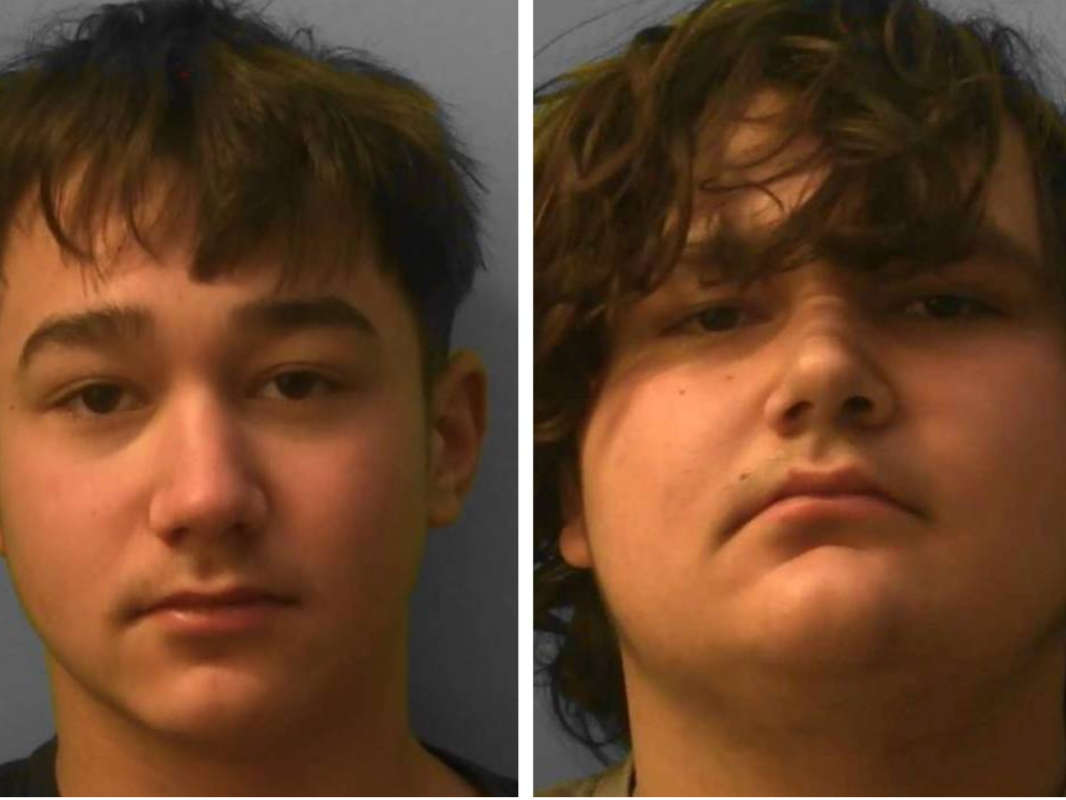 Brothers George, 16, and Archie Tilley, 14, have received 12-year sentences for their part in the beating, almost to death, of a 47-year-old Worthing carer.

Alan Willson, 47, had tried to intervene when he found the two brothers with their friend Harry Furlong (all aged 13, 14 and 17 at the time) arguing with an 11-year-old boy over a frisbee in Longcroft Park around 7.30pm on Easter Sunday (April 4, 2021).

The brothers, identified as the ringleaders, had picked up a log and hit Willson with it, first cracking his ribs.

As he lay on the floor they beat him, causing injuries to his jaw, eye sockets and skull, ultimately leaving him blind in one eye and with brain injuries, after which he spent several days in a coma and three months in hospital. 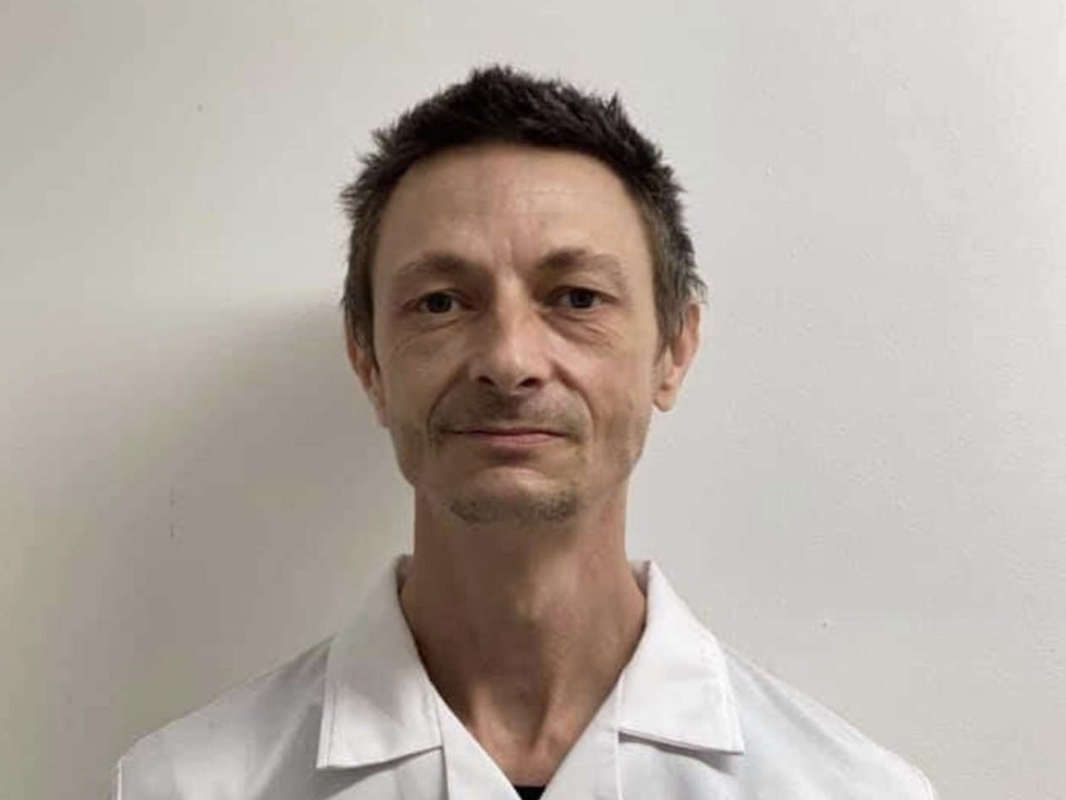 Alan before the attack

On Thursday 12 May, after a 14-day trial at Hove Crown Court, the 14- and 16-year-old boys were found guilty of inflicting grievous bodily harm with intent by a unanimous jury.

Yesterday (June 30) reporters from The Sun newspaper attended Hove Crown Court for the boys' sentencing, asking Judge Christine Henson to lift restrictions on their identities, unmasking them for the public to see.

The judge agreed and The Sun published pictures of the boys laughing and making rude gestures at photographers outside court.

The two brothers were classified as 'dangerous offenders' and sentenced to 12 years, with a maximum of nine served and three out on licence. 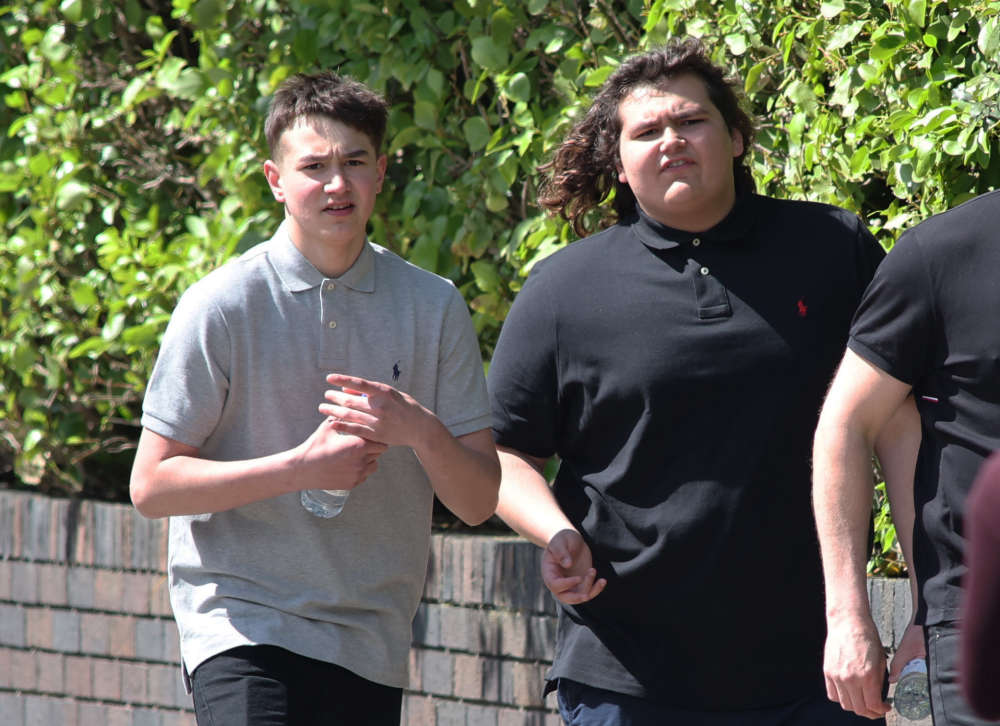 George and Archie Tilley outside court 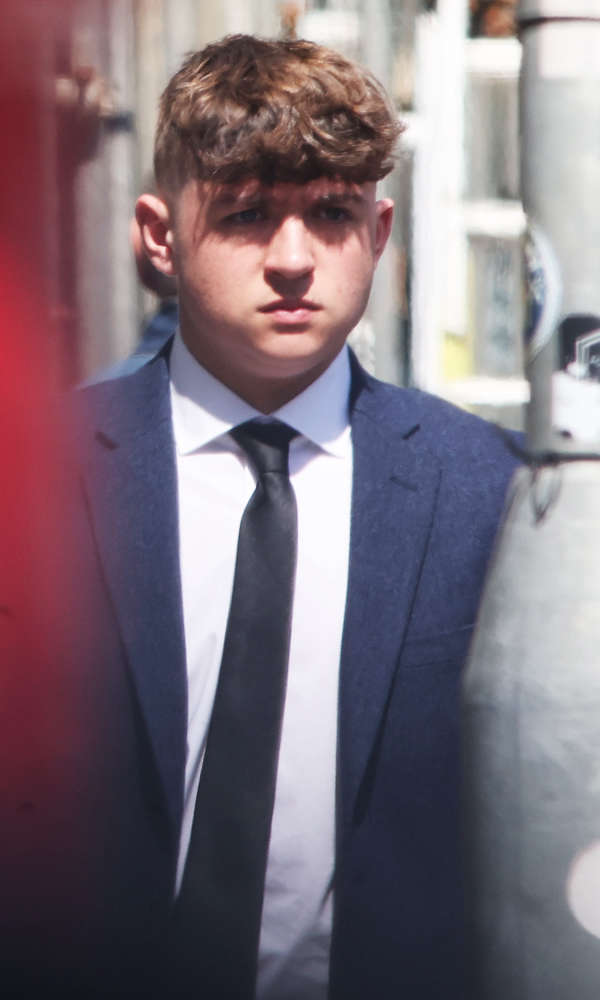 “On Sunday 4 April 2021, you destroyed my family and have broken us beyond repair. I will never forget turning up in that park and seeing what you had done to my Alan. You took away a husband, father, granddad, brother, cousin, and uncle. Alan was the gentlest man who would help anyone at the drop of a hat, no questions asked. You attacked him as a group and did not stop until he was on the floor, bleeding and unconscious.

"Now, because of your actions, my husband cannot speak, cannot play with his children, cannot work and cannot control his body. He has no mental capacity, no vision in his left eye and has a massive brain injury from which he will never fully recover.

"He has hearing problems, dental problems, cannot toilet himself or take care of his personal hygiene. He is not the same man. He is locked in this strange body that he doesn’t understand. He will never again be able to enjoy the things he took so much pleasure in. He no longer says silly things to make us laugh. He no longer gives us hugs and cuddles that we used to enjoy so much.

"No sentence that you get will ever be long enough as it is Alan who has the life sentence together with myself and my family."

"This was a sickening and violent assault on an innocent man, who had simply stepped in to help a young boy who was hurt and upset.

“The injuries Alan suffered showed this was a sustained and prolonged attack, and the impact of what happened that day will live with Alan and his family for the rest of their lives.

“I would like to thank Annie and the rest of Alan’s family for the bravery and dignity they have showed throughout this heart-breaking ordeal. I can only hope now the court case is behind them, that they are able to move forward and focus fully on Alan’s recovery.

“I’d also like to thank the team of investigators who worked so hard to build a strong case, and the witnesses who came forward to help us bring those responsible to justice.”

“I completely understand the shock and upset this horrific incident has caused, not only for those who know Alan but the wider community as well.

“I would like to reassure communities that we continue to do huge amounts of work in Worthing to try and tackle issues around youth violence and anti-social behaviour. This includes working closely with partners such as children social care, education, youth justice and the local council to support young people and divert them away from crime. Where this isn’t effective, we will be robust and we will take enforcement action, utilising the policing powers available to us, including dispersal orders, increased stop and search and the criminal justice process where it is felt necessary and proportionate to do so.

"It’s important to recognise that the problems we have seen in the local area are linked to a small cohort of young people, but it isn’t something that can be solved overnight, nor by one agency alone. It requires a partnership approach which we are heavily invested in and will continue to be a part of in the future.

“I want people to be safe but also feel safe in Worthing and therefore we will continue to have high visibility patrols in hot spot areas, dedicated policing operations focused on tackling youth violence and my neighbourhood policing teams will continue to engage with local communities to build on community intelligence and provide that reassurance.

“The level of violence and criminality we have seen in this case is completely unacceptable and it will not be tolerated and I need the community’s continued support to help us tackle this disruptive behaviour. If you are a victim of crime, or become aware of a crime happening, please report it to us. Every bit of information we receive helps paint a picture of what is happening in our community and puts us in a better position to respond and take positive action.”

"It is fortunate that they did not kill Mr Wilson."

"These three young people are extremely fortunate that Alan Willson hasn't died as a result of the injuries he sustained.

"There were real concerns that Alan Willson might die. The impact on him is significant, permanent and life-changing."